In our work with hundreds of healthcare organizations across North America, the United Kingdom, and Australia, we’ve uncovered six key factors that predict success in healthcare philanthropy. This post—part of our six-part series—explores how consistent pipeline building is essential to growing and ongoing success.

Without that conduit of new potential donors, development professionals tend to work with the same group of donors year after year, asking the same people for the same amount of money, and getting the same results. At some point, donor fatigue sets in and fundraising results decline.

Consistent pipeline building ensures there will be new potential donors to work with and allow current donors an appropriate rest in stewardship. With a steadily growing pipeline, philanthropy leaders can present a stronger business case for philanthropy as a reliable source of revenue to their C-suite business partners. Even in lean periods of economic downturn, like those of 2008 and the recent response to the pandemic of 2020, a robust philanthropy pipeline can be a source of significant income.

Take the 1911 race to the South Pole as an example. Two international teams, a Norwegian party led by Roald Amundsen and a British party led by Robert Falcon Scott, attempted this extraordinary feat. The two teams’ strategies varied greatly. Scott advanced his team during favorable weather as far as possible before exhaustion, and rested the team on bad weather days. Amundsen, on the other hand, advanced his team the same number of miles every single day, regardless of weather conditions. It was Amundsen’s consistent daily routines that enabled his team to reach the South Pole first, five weeks ahead of the British party, and return safely.

How does a philanthropy team maintain consistency in building their pipeline? Through strategically engaging and equipping healthcare executives, volunteer board members, and clinicians to be effective philanthropic partners.

When we engage these constituencies, we must help them understand what we do and do not want. When it comes to building our pipeline, what we don’t want is for them to make personal contributions. Nor, in many cases, do we want them to ask for contributions from others. What we do want is their help when it comes to engaging people we might not otherwise be likely to engage successfully: individuals that your healthcare executives and board members know in their networks of influence and patients and family members with whom your clinicians work every day. It is essential for philanthropic partners to understand that we are asking them to contribute to the process of building the pipeline by referring individuals who express an interest in contributing to the philanthropy team.

Providing these constituencies with the knowledge and skills they need to effectively play their parts will allow them to fulfill their roles as critical philanthropic partners. Then, creating a plan to strategically engage and equip those partners—and having the discipline to stick to that plan, including regular meetings to discuss referrals and receive new names—will result in a steady influx of new potential donors.

Of his successful South Pole expedition, Amundsen said, “Victory awaits him who has everything in order. Luck, people call it.” Certainly luck plays a role in success or failure in fundraising. But, success in growing a consistent pipeline of potential donors goes to those who are prepared, set intentional goals, and persistently move toward those goals. 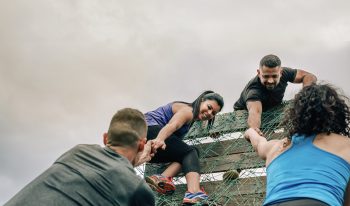 How Referral-Based Philanthropy Can Strengthen Your Institution 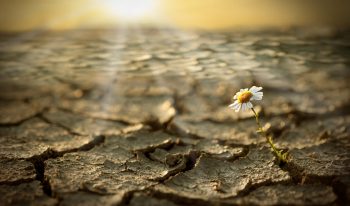 Has Your Pipeline Run Dry? 3 Ways to Channel Annual Donors into Your Portfolio 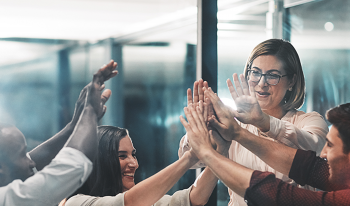 Build Your Philanthropy League: Who Are the Fundraisers at Your Organization?