A Ted Lasso craze is sweeping television viewers everywhere. The show revolves around an American football coach who has been hired to coach an English football team—a sport Americans refer to as “soccer.” The catch? Ted Lasso knows nothing about English football, so he must rely on his knowledge of human nature gleaned from his many years of coaching to attempt to lead his team to success. Development professionals are like Ted Lasso, relying on their expertise in building relationships to help subject matter experts of all stripes succeed. The following Ted Lasso quotes can inform the important work you do.

Development professionals are the epitome of this statement. As agents of “believe,” you do the important work of bringing dreams and opportunities to life. Who helps to make it possible for first generation college students to receive a degree? Who helps researchers uncover ground-breaking information and techniques? Who helps hospitals deliver leading-edge treatments? Development professionals do. Your efforts are directly tied to the advancement of the mission and vision of the many organizations you serve.

Curiosity is a key characteristic of successful development professionals. You should learn about the work of your subject matter partner with an eye to helping them describe their work to donors and potential donors.

Similarly, you should strive to learn about the donors with whom you work. Determining their personality profile will inform how you can best interact with them and improve outcomes. Learning more about their personal experiences, likes, and dislikes will serve you well in making “development magic” happen.

As in any endeavor, reflecting on what went well and what could be improved after events and meetings will set you up for future success. Recording these reflections in your donor contact reports will help both you and your development colleagues to be more effective.

Ted defeats an overly confident opponent in a game of darts because they judged Ted’s abilities to be nil, instead of being curious about Ted’s experience with playing darts. The same applies as people engage in philanthropy—we should never “judge” whether someone has the means to effect change through a contribution. Some of the most impactful donors come from modest means, but they leverage the power of their network to make transformations happen.

4. “For me, success is not about the wins and losses. It’s about helping these young fellas be the best versions of themselves on and off the field.”

5. “There’s two buttons I never like to hit: that’s panic and snooze.”

Development professionals can avoid hitting the “panic” button by keeping leadership apprised of any speed bumps or potholes they encounter along the road of donor development. While it may be painful to admit to your boss that you may have misstepped or that a potential donor has taken a 180 degree turn, it’s much better for them to learn it from you first. Part of your manager’s job is to help you deal with setbacks, but they can’t do that effectively if they are taken by surprise.

“Snoozing” has no place in development work. Development professionals should continually strive to use their natural curiosity and people skills to create connections that benefit both the organization they represent and donors. Be open to and active in finding these connections in varied and unusual settings, as well as through traditional channels.

6. “Your body is like day-old rice. If it ain’t warmed up properly, something real bad could happen.”

Skilled development professionals make their successes look as if they happen organically. They will be the first to tell you, however, that much planning and strategizing went into that seemingly “effortless” success. You can’t go into meetings with your subject matter partners or potential donors “cold.” Set primary objectives for your meetings and have secondary objectives ready if the primary ones are still a bit of a stretch. Don’t serve your subject matter partner up as some “cold day-old rice” either—prepare and practice with them prior to meeting with donors to ensure a successful outcome.

Ted Lasso says this to encourage one of his players to not dwell unnecessarily on past disappointments. Development professionals probably hear “no” more often than they hear “yes.” Is it disappointing? Sure—but you can “be a goldfish” by putting all the “no’s” out of your mind. Instead, remember that “no” does not mean “no” forever; it might just mean “no” for now.

8. “Oh boy, I love meeting people’s moms. It’s like reading an instruction manual as to why they’re nuts.”

In the world of development, you don’t have to rely on meeting someone’s relative to understand them. Instead, you can pay attention to their personality to better understand how to effectively engage with them. Rather than following the Golden Rule, ascribe to the Platinum Rule by treating others the way they would like to be treated.

“Round up” success in your important fundraising work by attending a virtual public offering of The Art and Science of Donor Development.

The Art and Science of Donor Development 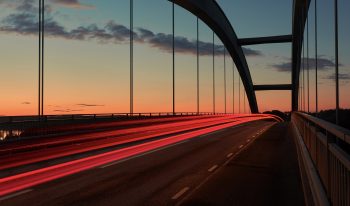 What is the Purpose of the Development Professional’s Job? 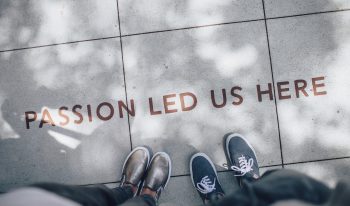 12 Qualities of a Great Fundraiser 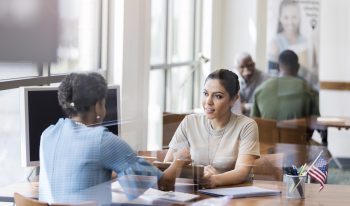