Recently, we had the opportunity to talk with a vice chancellor of advancement whose organization had secured a $200M contribution. While the amount itself has been transformative in helping this organization achieve its vision, the events that led to the contribution—full of as many twists and turns as a Dickens novel—also  transformed how the leader of this advancement team “walks the talk” when it comes to the philanthropic process.

“It’s definitely a tale of two gifts with this contribution. One tale was when I, as the leader, did not follow our values as an organization…and then the other tale is one of leading with relationships.”

The Basics of the Plot

The organization had a long-standing relationship with the donor involved in making the contribution. The donor’s foundation—created through her father’s trust because of his belief in the power of regenerative medicine—had previously funded the creation of a center focusing on regenerative medicine. Another important thing to know is that the advancement leader was well-versed in the tenets of the donor-centric process. He had used this process to drive shifts in the culture of philanthropy at his organization to secure other transformational gifts. That being said, there’s something to learn from both his missteps and his successes in this tale of two gifts.

“I wanted the accolades. You know what I mean? It became ‘ego-centric’ and not ‘benefactor-centric.’”

After more than 21 years of working in advancement, this leader knew from experience that a transactional approach rarely leads to transformational philanthropy. Donors are simply not inspired by being the checkbook that ticks a box for an organization’s funding priority. He understood the importance of co-creating with donors to bring the vision of both the organization and the donor to life. And he knew that transformational gifts do not happen on the organization’s timetable. They happen when the donor is ready. He’d worked extremely hard to drive these shifts in the culture of philanthropy at his organization.

So, what happened? Why did this advancement leader turn his back on those years of hard-won experience? “I wanted the accolades. You know what I mean? It became ‘ego-centric’ and not ‘benefactor-centric,’” says the leader. He was banking on the organization’s long-standing relationship with the donor to secure a $30 million contribution. There was a lot a stake—the organization’s leadership and internal stakeholders were eager for the support, and the pressure was on to close the gift. The advancement leader tried to sell the idea to her, pitching it in a way that he hoped would convince her to say “yes.” The problem was that the funding priority was only tangentially related to her philanthropic passion.

“It did not go well,” says the advancement leader. “The benefactor felt that the organization was trying to shift both the sacred relationship with her father’s legacy and his vision for regenerative medicine.” There was frustration and confusion on all sides. Even worse, the donor lost trust in the organization. “We were pushing our own agenda,” he says, “and benefactors feel that.”

Realizing—and admitting—that you have made a mistake is incredibly difficult for a leader. But that’s exactly what this advancement leader did. He knew he had erred in stepping away from the values of the donor-centric approach that he had worked so hard to instill in his team. He knew he would only compound the mistake by straying even further from his leadership values of being vulnerable and transparent. “Right after it was a ‘no,’ I told [them] that my ego got in the way. I said that in front of the whole team,” he says. He then asked a trusted colleague to step in and take the lead in working with this donor. He knew she was equipped for the challenge. “Our team’s values are rooted in benefactor-centric philanthropy, and she lived that. She really listened to what the benefactor wanted to achieve.”

The first action the advancement leader’s colleague took was to create a robust and thoughtful strategy for engagement by leading with stewardship. She worked with others in the organization to create what the advancement leader refers to as “a piece of art” that showed the impact of previous contributions from the family’s foundation in a way that resonated with the donor. Then, she did all she could in continuing to restore the relationship by demonstrating impact, listening to the donor, and allowing those conversations to naturally turn toward the next step in achieving their shared vision. It was a delicate balance between advancing the relationship and allowing the donor to set the pace. Instead of taking a face-to-face approach, as her advancement leader had done, this development professional took a shoulder-to-shoulder approach with the donor on a shared philanthropic journey to a common horizon.

The advancement leader’s colleague found success in focusing on excellence rather than perfection. Striving for perfection can leave us paralyzed. We don’t move ahead because we can never get it just right. “Too many times, perfection gets in the way of excellent,” says the leader. “We wordsmith, we want more, or we want less. Instead, let’s execute on the things we can control.” That’s exactly what his colleague did, with the goal of providing the donor with an excellent experience—one that, even if no contribution came from it, the donor would feel respected by the organization and would know that her previous contributions were making an impact. “She started to move toward vision instead of needs,” says the advancement leader, “She was really driving the conversation about what the next iteration of her father’s vision was. And they were dreaming bigger than what we originally were.”

The result of this shared journey: A $200 million philanthropic investment that is the fuel for funding a shared vision of medical innovation in regenerative medicine and cellular and gene therapies. The excitement generated by this transformational gift is matched by the lessons learned in securing it. But they couldn’t have gotten there without the shifts in thinking about philanthropy that this advancement leader drove—and then demonstrated by tapping his colleague to take the lead—at his organization.

“When a leader gives up control, they gain it. And giving it up was really in scarcity in that first tale. Actually giving up control and having someone else on my team take the lead in developing a trusting relationship with the benefactor was really neat. One of the most beautiful things in my career is watching my team members grow. I now learn from them. And I’m inspired by them.”

Learn more about how you can drive essential shifts in the culture of philanthropy that will transform your institution, invigorate staff, and inspire greater philanthropy—just as this leader did—by attending Changing Hearts and Changing Minds: Inspiring Principal Giving. 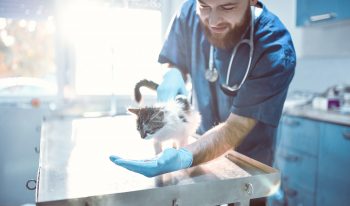 Deepening Engagement: The Story of a Transformational Contribution 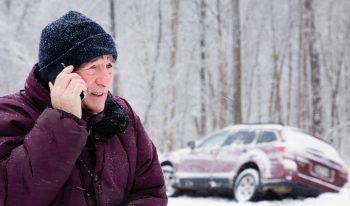 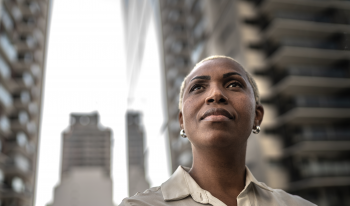