Whether your advancement office is large, small, or somewhere in between, an area of advancement that is often pigeonholed is planned giving. There’s a perception that it will be uncomfortable or awkward to broach a subject that hinges on someone’s demise. Those who work in planned giving will tell you nothing could be further from the truth. The truth is, savvy donors see planned giving as another vehicle that enables them to achieve meaningful philanthropy over the course of their lifetime.

Tap into the aspirations of annual givers

“Loyal givers are the bread and butter of planned giving. If you’ve been giving more than most for longer than most then, chances are, you’re committed. Let’s have a conversation about what that looks like over the long haul.”

Routine annual givers have a strong affinity for their organization. Annual givers may not have the ability to do more than write a $100 check every year, but even people of modest means have a desire to make an impact. Making a bequest may be that means. Most people will pass away with some amount of retirement assets or some amount of equity in a home—both represent planned-giving opportunities.

“The nature of our relationship is more one of a guide and a client—that we’re achieving something together as opposed to a sales proposition. I’m not sliding a document across the table and gauging their reaction to it. This is a process where I’m helping that donor co-create a plan that they feel good about.”

Annual giving professionals play a key role in helping identify those donors who may be good candidates for planned giving. Factors to be on the lookout for include:

Sometimes, donors may share something in conversations indicating the potential for planned giving—a comment about a large estate, appreciated assets, inheritance, for example. Share those donor’s names with planned giving colleagues.

Maintain the momentum of major givers

In their role as trusted philanthropic advisors, major gift professionals have the opportunity to introduce planned giving in donor conversations as part of an overall giving strategy. According to work done by Dr. Russell James, the CH Foundation Chair of Personal Financial Planning at Texas Tech University, the key determinants of a donor’s likelihood of making a planned gift are:

Are there donors in your portfolio who rate high in these areas? What have you heard your donors say that might indicate an opportunity to broach the topic of planned giving? Statements such as “I’d like to make a major gift, but I can’t afford it at this time” or “I’m not sure how much money I’ll need for the rest of my life” may signal such an opportunity.

Likewise, major gift professionals can seed the conversation to gauge donors’ responses to statements such as “Have you considered how you might maintain [or increase] the impact you’ve made…?” or “When you think about the long-term impact of your giving…?”

When a donor expresses interest in exploring a planned gift, bring your planned giving colleague into the conversation to explore possibilities together.

Set the stage for planned giving through stewardship

In stewarding a donation, development professionals may hear the sentiment, “I wish I could do more.” This is a great opportunity to respond, “You can by leaving a bequest. May I introduce you to my colleague who works in planned giving?” Many donors who express such sentiments are thrilled to learn that they can leave a lasting legacy. Russell James’ research points out that awareness is an important key for opening the door to a planned gift. He found that 78% of individuals over the age of 30 have never been approached to consider a planned gift. Yet 66% of bequest givers were made aware of the opportunity by the organization to which they gave.

Families of donors who leave a bequest may also mirror that donor’s enthusiasm and passion for the important work of the organization. Stewardship of surviving family members is critically important in demonstrating respect and impact—and in keeping the family’s affinity for the organization alive and thriving.

Your planned giving colleague is an essential part of your advancement team. Sharing vital information with them and inviting them into conversations will only strengthen the overall impact of your organization. Moreover,  inviting donors into conversations about planned giving offers them the opportunity to achieve personal financial goals in a way that increases their philanthropic joy.

Build your skills in connecting with donors through one of Advancement Resources’ public offerings, such as The Art and Science of Donor Development. Or, contact us to learn more about bringing us to your organization to help you strengthen the culture of philanthropy and equip your team for successful, lasting, highly beneficial change. 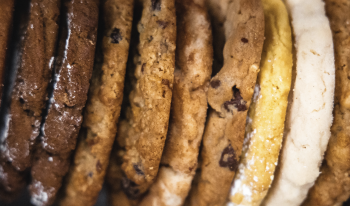 4 Ingredients for Success in Establishing a Planned Giving Program 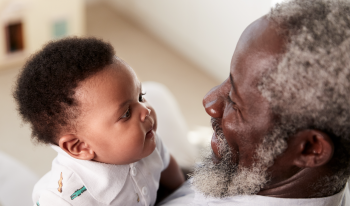 3 Points You Should Know about Planned Giving

The Ask Isn’t the End: A Journey of Meaningful Giving